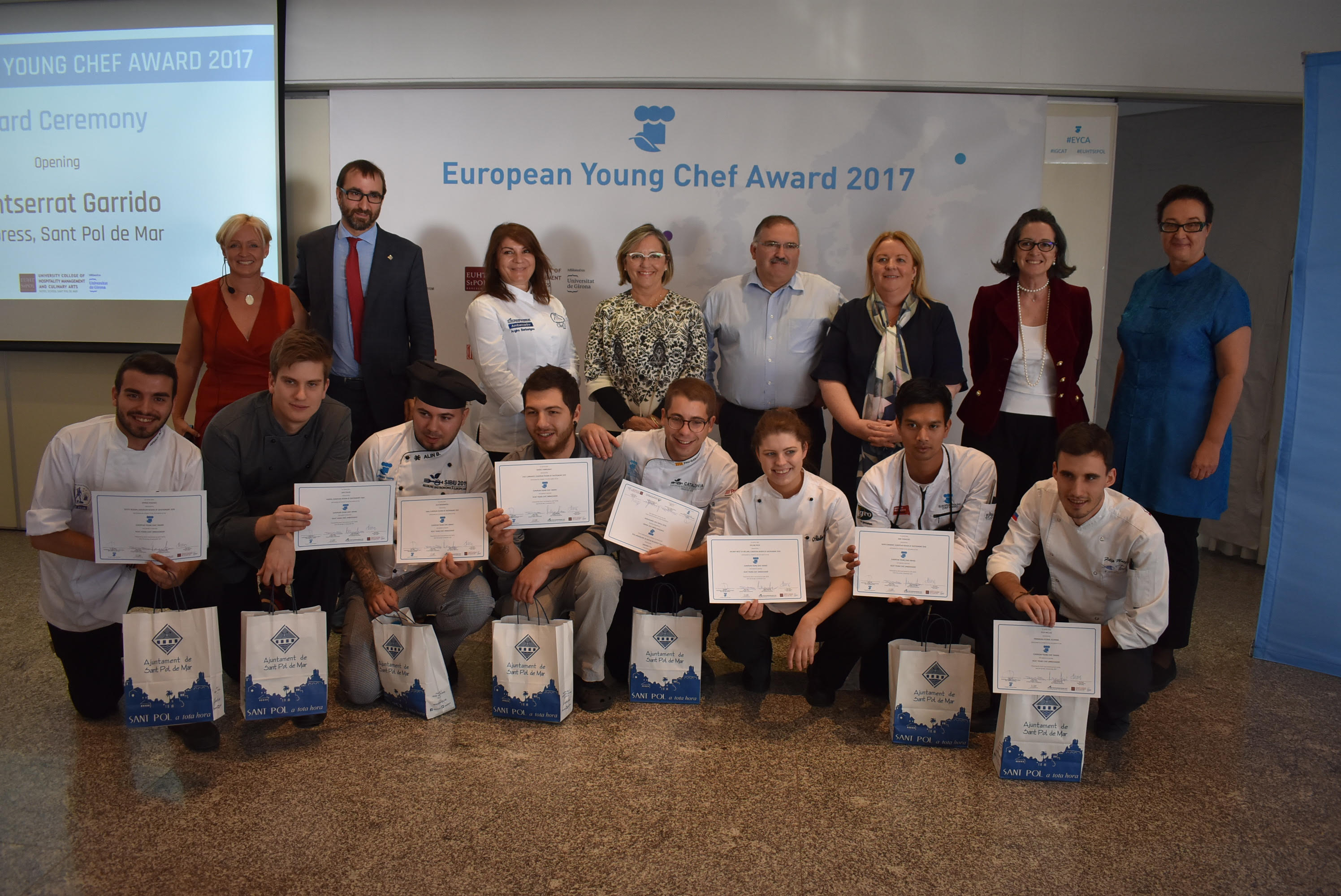 The young chef finalists, taking part in the 2017 edition of the European Young Chef Award have signed a protocol build awareness of the importance of cultural and food diversity. They join the ranks of IGCAT Regional Chef Ambassadors committed to IGCAT’s message and supporting sustainable futures for regions and local food products. By innovating on traditional recipes, using local products and storytelling about their region they aim to contribute to a more sustainable and better quality of food experiences.

The Regional Chef Ambassador programme is an opportunity to give extra visibility to the talented young chefs, which commit themselves to showcase regional and local wholesome food products and promote healthy eating. Moreover, they engage themselves in enhancing local food cultures as an important source of innovative ideas and food products, culinary experiences and festivals. They commit to support initiatives that re-connect rural and urban environments and stimulate debate about the importance of traditional agriculture and food productions methods, encouraging dialogue between everyone in the hospitality system in order to find smart solutions to demand and supply chains in the region with regard to food production.

During the competition the eight talented chefs from different European Regions of Gastronomy competed, presenting and preparing an innovative dish using as a starting point a traditional recipe. They conveyed the culinary tradition of their regions in a new fresh way using raw material directly from their native regions in order to revitalise local products as a powerful tool to highlight regions’ authentic features.

The European Young Chef Award is a competition organised and promoted by the International Institute of Gastronomy, Culture, Art and Tourism (IGCAT) and both the 2016 and 2017 edition was developed in collaboration with the University College for Hospitality and Culinary Arts, EUHT StPOL, together with the support of the awarded European Regions of Gastronomy. The Award considers traditions developed over centuries as the vital ‘DNA’ of food cultures and regional gastronomy as well as local knowledge and important potential tool to innovate products and experiences.