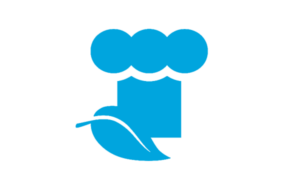 The European Young Chef Award 2019 was organised and promoted by the International Institute of Gastronomy, Culture, Arts and Tourism (IGCAT) and South Aegean, European Region of Gastronomy awarded 2019, and was held at Rodos Palace hotel, on 23-24 October 2019. 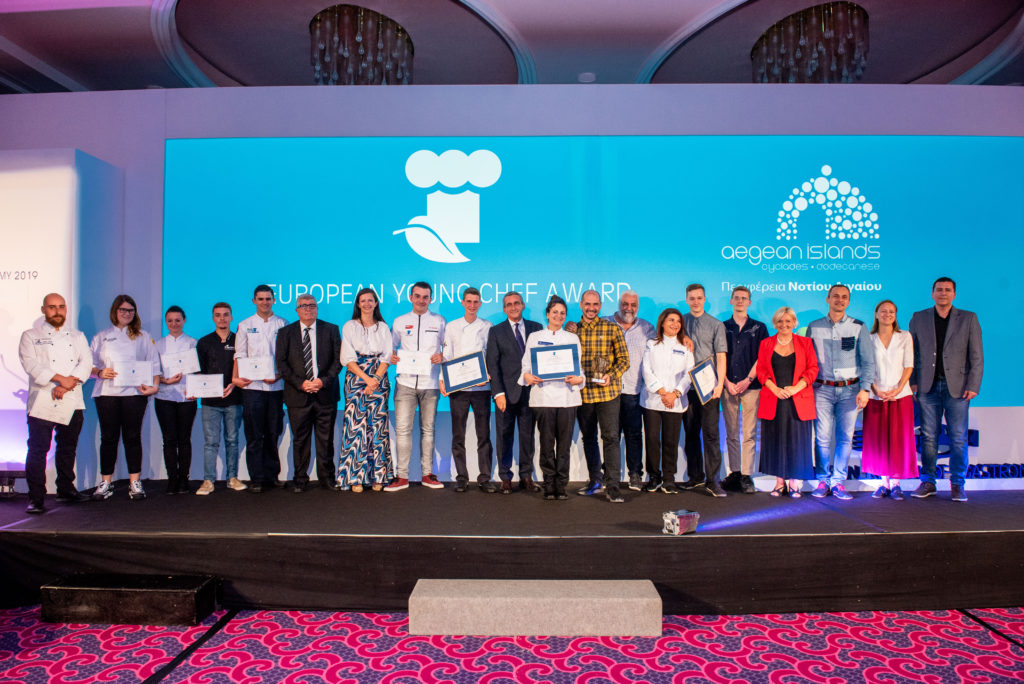 On the first day, the young chefs gathered to attend a presentation by IGCAT President, Dr. Diane Dodd on the importance of protecting and promoting food diversity. 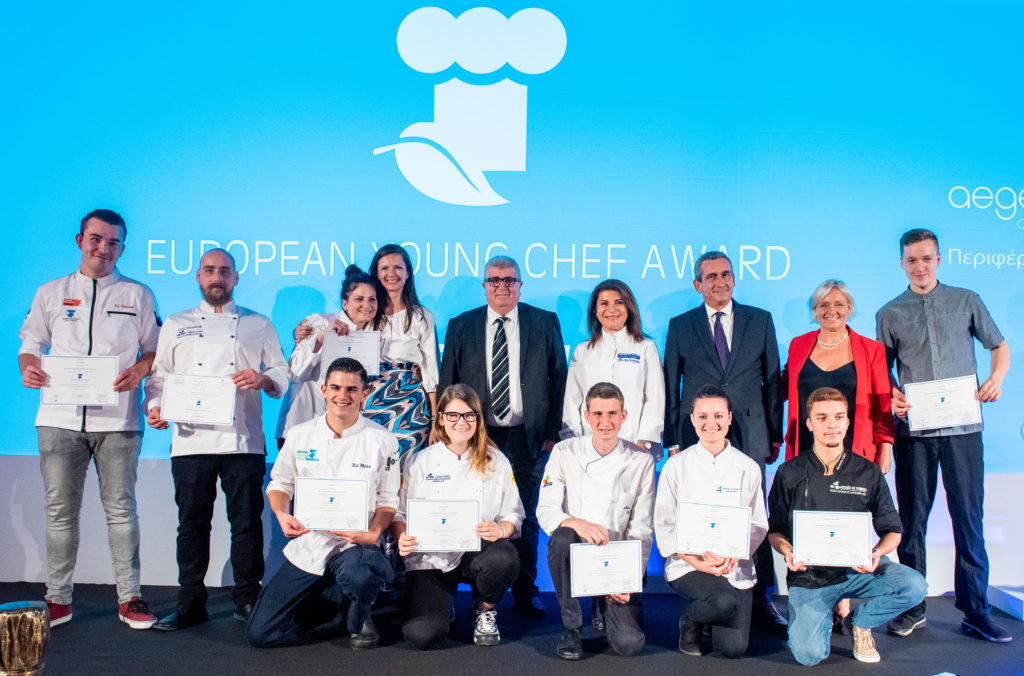 Finalists enthusiastically signed a protocol agreement to become IGCAT Regional Chef Ambassadors, thus committing to spread IGCAT’s message on the importance of food and cultural diversity and to adopt sustainable practices in their future careers. 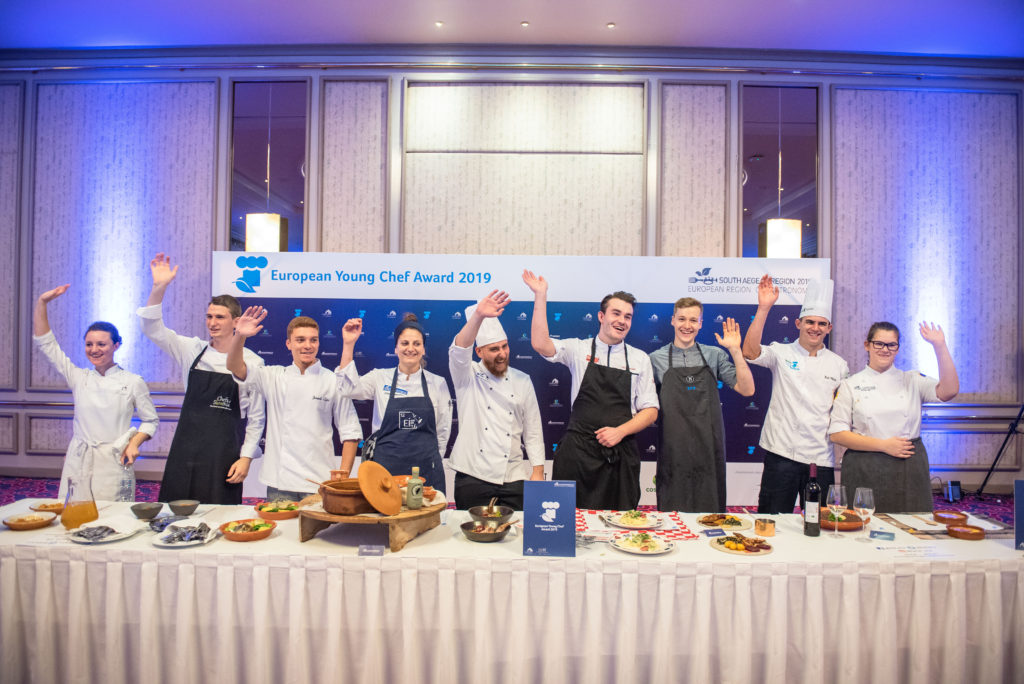 Afterwards, they prepared and presented the chosen traditional recipes to be tasted by the jury and peers. This first round was vital for the young chefs to share knowledge about regional gastronomies and products. 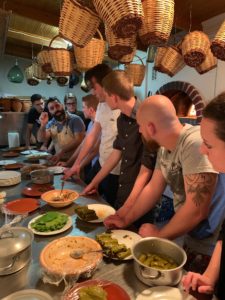 To conclude the day, finalists had the chance to experience a food tour of Rhodes, which offered them the priceless opportunity to learn about local gastronomy and produce, and to meet each other in a relaxed environment. 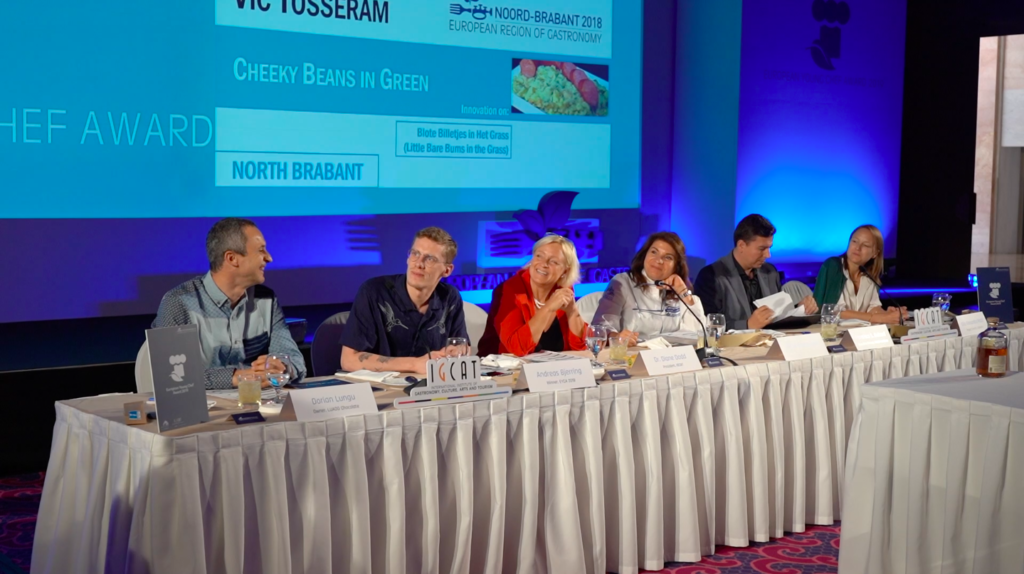 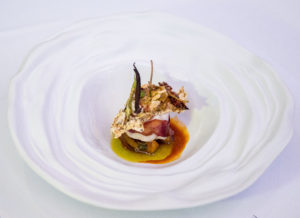 The winner of the European Young Chef Award 2019 was Eirini Giorgoudiou from South Aegean, European Region of Gastronomy awarded 2019, who presented the dish 12 Elements, innovating on the traditional recipe Okras with Grouper.