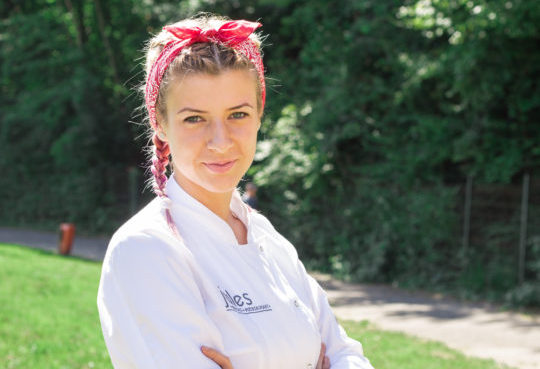 Andra Andriuc will represent the Sibiu European Region of Gastronomy 2019 in the upcoming European Young Chef Award this November 26 in Galway, Ireland. Andruic won the young chef finalist position after taking first place in Sibiu’s local young chef competition. She will join other talented young chefs coming from the other European Regions of Gastronomy on 26 November at the Galway-Mayo Institute of Technology, GMIT to compete for the title of European Young Chef Award 2018.

Andra Andriuc currently studies at the College of Sociology and Human Resources in Sibiu, Romania. She believes that being a chef is a beautiful profession as you get to, “offer people good food and special culinary experiences.” Over the last years she has started to transform her passion for cooking into a career.  Taking part in the first edition of Cooking School Adi Hadean was a turning point for her career, in her eyes it was her “first official step in this domain.”  In the last two years, she has worked at Bistro Jules restaurant in Sibiu Romania. Andruic shares that in her current position, “together with a young and ambitious team, we focus on using local ingredients, provided to us by surrounding farms, bringing seasonality and innovation to client’s palates.” Not to mention, Andra is the first female chef representing the Sibiu region in the European Young Chef Award.

The European Young Chef Award aims to celebrate the cultural and food diversity in Europe. It considers traditions developed over centuries as the vital ‘DNA’ of food cultures and regional gastronomy as well as local knowledge and important potential tool to innovate products and experiences. It aims to stimulate debate about sustainable food and gastronomy practices, production and consumption.