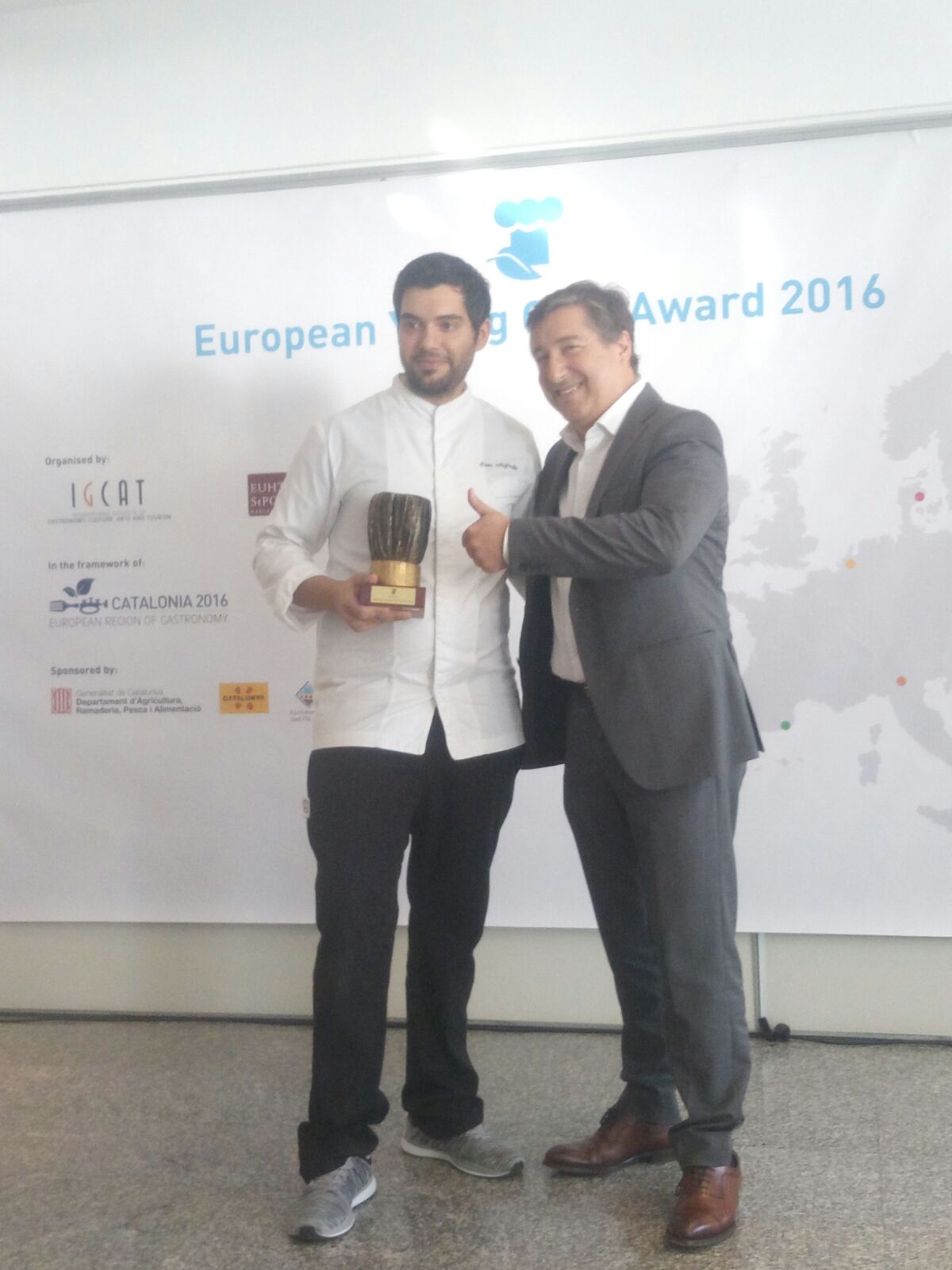 Today, Joan Roca together with an international jury panel selected the European Young Chef for 2016. The winner, Stamatios Misomikes from South Aegean region, Greece won the competition with his dish: Salas, the joyness of a birth.

Joan Roca commented on the importance of a competition gathering 10 different European regions each representing different culinary traditions. He added that it was not easy to select the winner, since the level of technical skills was very high. He stressed the significance of storytelling as a fundamental aspect characterizing each dish, while highlighting the richness of flavours and tastes. He congratulates every participant for the amazing work they carried out.

The competition that aims to highlight the importance of local food products and cultures brought together 10 finalists from regional competitions. The competition demonstrated the excellent quality and high standards that young chefs are attaining in Europe.

The finalists attending the competition came from 10 regions from:

The European Young Chef Award is promoted by the International Institute of Gastronomy, Culture, Art and Tourism (IGCAT), and the 2016 edition is hosted by the Escola Universitària d’Hoteleria I Turisme de Sant Pol de Mar (EUHTStPOL). The event is being held within the framework of Catalonia, European Region of Gastronomy 2016 and on the 50th anniversary of EUHTStPol.

The aims of the European Young Chef Award are to:

Create future ambassadors for local food products
Local food products are often unique to the territory from which they come. Likewise, regional culture creates distinction that underline the added-value of local products. By giving visibility to emerging chefs that support local products, it is hoped to contribute to a more sustainable and better quality of food experiences.

The competition is followed by a Round Table event where celebrity chefs, Joan Roca and Carme Ruscalleda will talk about their role in mentoring young chefs.