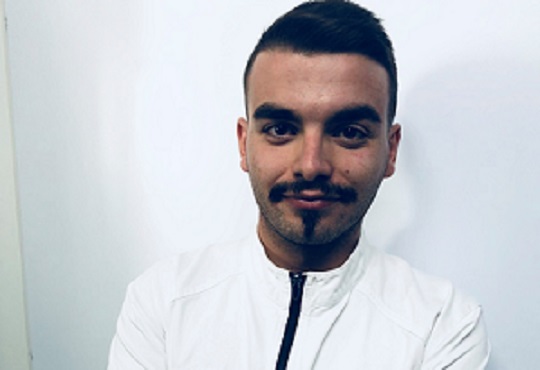 Spiros Kougios has a lot of pressure on him, coming from the region that won the European Young Chef Award in 2016 and has been awarded European Region of Gastronomy for 2019.  He comes well supported by two leading figures from the region as well as the young ambassador and winning chef of last year edition Stamatios Misomikes.  The celebrity chef Argiro Barbarigou, who is ambassador for the ERG 2019 will preside the jury panel of international experts and Spiros also counts on support from Heidi Lazani, Executive Director of ERG 2019 and assistant to the Governor of the South Aegean.

The competition, under the auspices of Joan Roca, hosted and organised in collaboration with the University College for Hospitality and Culinary Arts, EUHT StPOL, will take place next 6 November in Sant Pol de Mar, Catalonia. The European Young Chef Award 2017 is a lively framework inside which future professional have the occasion to prove themselves both from a technical point of view and from a more creative one. The chefs will be required to cook an innovative recipe based on the gastronomic roots of their regions, the theme constitutes an attempt to stimulate innovation while keeping a respectful eye to the place where the chef comes from, its tradition and its local products.

Spiros Kougios attended the School of Tourism and Cooking Training in Rhodes where he graduated this year. His fascination for cuisine has enhanced by work experience in two restaurants in Rhodes, which allowed him to practice inside professional kitchens alongside his studies. he aims to “Assure multi-sensory culinary experiences”  and although he is young he already has a special regard for local traditions and heritage which he uses as the basis to innovate and combine flavours. He will try to surprise the jury innovating the colourful traditional dish “Spinalo”.

The Award considers traditions developed over centuries as the vital ‘DNA’ of food cultures and regional gastronomy as well as local knowledge and important potential tool to innovate products and experiences. The European Young Chef Award, therefore, aims to stimulate debate about sustainable food and gastronomy practices, production and consumption. By giving visibility to emerging chefs, it seeks to create future ambassadors for local food products and to contribute to a more sustainable and better quality of food experiences.