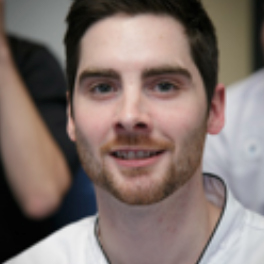 Shane is 28 years old and he has been working in kitchens since he was 15. He started as a Kitchen Porter in a local restaurant, where he realised his ambitious passion for food. In 2006 he joined the Galway Mayo Institute of Technology completing a Batchelor of Business in Culinary Arts and Hotel Management over. Then, he moved to the South of France where he spent two seasons as a Private Chef on a Classic Sailing Yacht. After, he worked at Gordon Ramsay’s Royal Hospital Road Restaurant, the only other three Michelin Star Restaurant in London.