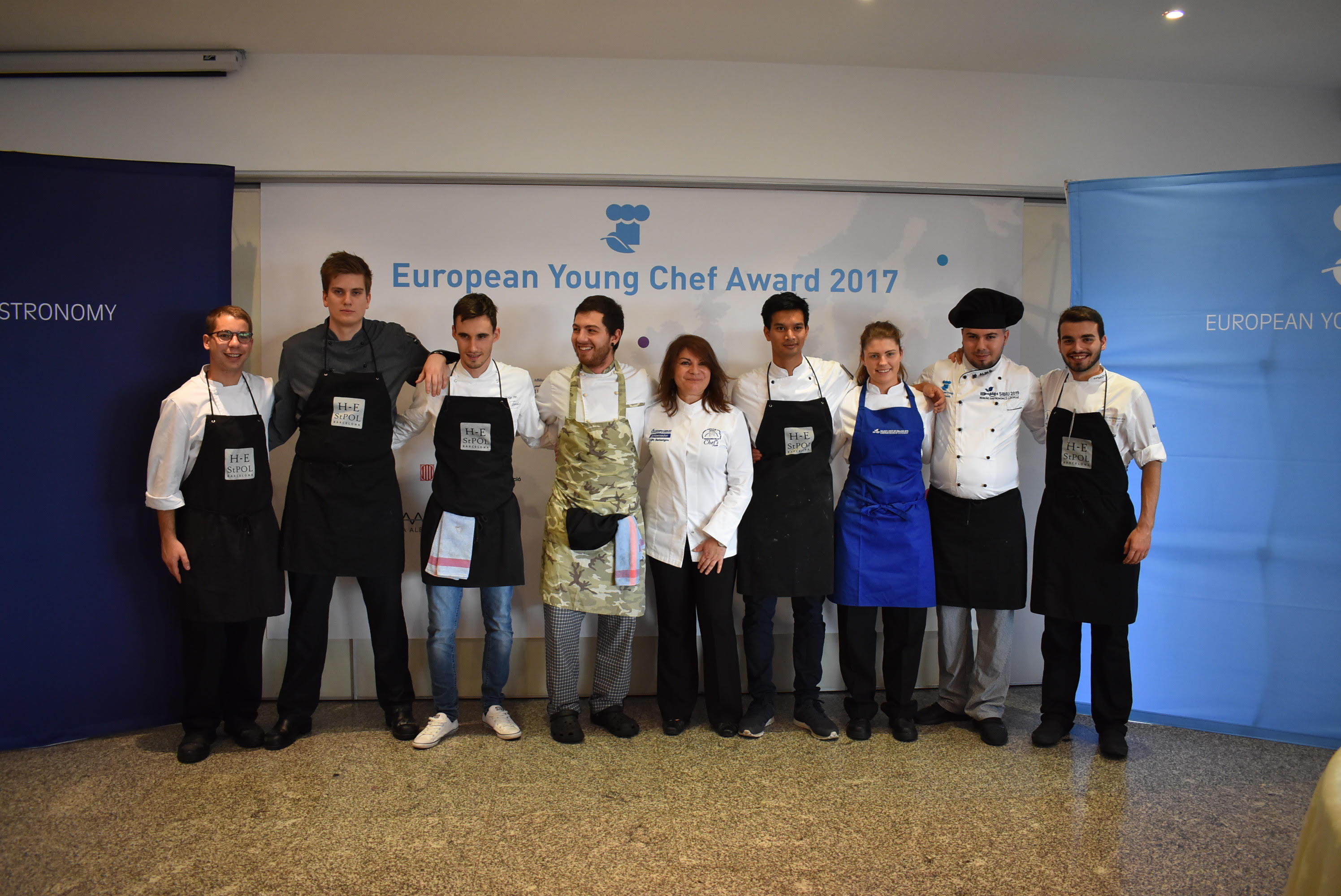 The 2017 edition of the European Young Chef Award has received extensive press coverage, both inside and outside Spain. The event was well covered in Spain, where the event took place, and internationally. The competition was organized by the International Institute of Gastronomy, Culture, Art and Tourism – IGCAT in collaboration with the the University College for Hospitality and Culinary Arts EUHT StPOL  in San Pol de Mar.

See the translation of the original titles below, full articles can be read at the following links:

Slovenian
24ur.com Cuisine is not just food, it must also be an experience
Regional Obala Young Portorous Chef third in Europe, he represented Primorska as gastronomic region
University of Primorska newsletter  The tourism student Filip Matjaž third at the European Young Chef Award 2017

Here the full article concerning the press coverage of the event.

The European Young Chef Award aims to promote innovations on traditional cuisine, highlight sustainable food cultures and create future ambassadors for local food products. Moreover the Award is designed to showcase regional and local food products while contributing to raise awareness of healthy eating. Furthermore, there is the deep attempt to promote food as a powerful tool able to re-connect rural and urban environments and find smart solutions in regard to regional development through food production and sustainable hospitality industries.