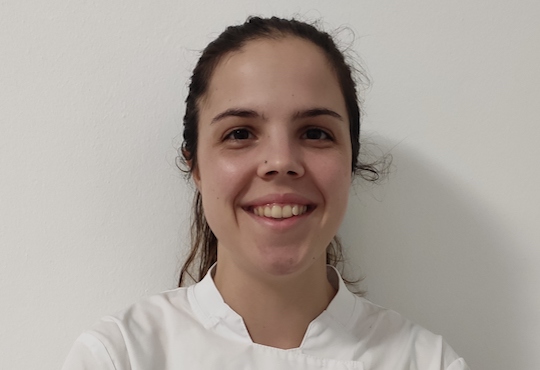 “In the world of cooking, there is always something new to discover and this is one of the things I like about it. I want to keep learning, observing and travelling, getting to know new products and new worlds in the kitchen,” claims Cristina Llorens, the young chef that will represent Menorca, European Region of Gastronomy awarded 2022 at the European Young Chef Award 2021.

Born in Ciutadella de Menorca 25 years ago, Cristina has always lived in her family’s farm, among nature, animals, local products and traditions. “When I was a child, I dreamed of being a cook and working among stoves. As soon as I started cooking school, I knew I wasn’t wrong and that was what I wanted to do.”

Cristina studied intermediate and higher degrees at the Maria Angels Cardona high school in Menorca. While studying, she gained experience in the kitchens of restaurant Es Tast de na Silvia and restaurant Mon. In 2016, after winning the BalearsSkills competition, she represented the Balearic Islands in the SpainSkills contest.

At the EYCA 2021, Cristina will present an innovative reinterpretation of Greixera de peus de porc (Pig’s trotters greixera), an old Menorcan dish typically eaten on the last Tuesday before Easter and Lent.