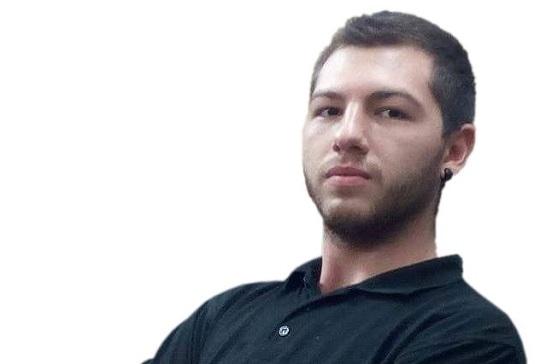 Davide Fiammenghi is the Italian finalist who will represent East Lombardy, European Region of Gastronomy 2017, at the European Young Chef Award 2017. He will join the other talented young chefs coming from the other Europeans Regions of Gastronomy on 6 November in Sant Pol de Mar, Catalonia at the University College for Hospitality and Culinary Arts, EUHT StPOL.

Davide comes from Cremona, the town of violins and Stradivari, he is 21 years old and his cuisine-love springs early when since he was 2 years old he used to push and climb a chair to get closer to the kitchen near his grandfather, chef and master ice cream maker. He attended the Alberghiero Institute while, working in different restaurants in Cremona, London and Dundee, he cultivates his passion approaching it from different cultural and gastronomic points of views. His big passion together with food is travel, this allows him to merge different culinary traditions and experiments fusion cuisine.  He is really attached to his Italian roots and in the future, he imagines himself abroad spreading the best of Italian cooking tradition.

Exactly 5 days left to the competition which will involve 8 young chefs face each other and showcase their talent inside the kitchen. They have all been tasked to present and prepare an innovative dish keeping as a starting point the traditional recipe. They will convey the culinary tradition of their regions in a new fresh way. Drawing attention to the need to protect animal and plant varieties, participants will use raw material directly from their native regions – an aim to revitalise local products as a powerful tool to highlight regions’ authentic features.

The international jury panel, this year headed by the celebrity chef Argiro Barbarigou, will taste and then judge the creations. Argiro Barbarigou, coming from South Aegean, European Region of Gastronomy 2019, will be also at the centre of a Round Table which will follow the competition.

The European Young Chef Award is a competition organised and promoted by the International Institute of Gastronomy, Culture, Art and Tourism (IGCAT) in collaboration with the University College for Hospitality and Culinary Arts, EUHT StPOL, together with the support of the awarded European Regions of Gastronomy. The main objectives of the Award are to enhance innovations on traditional cuisine, highlight sustainable food cultures and create future ambassadors for local food products.