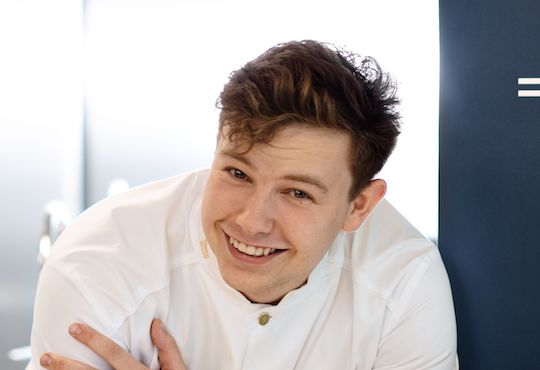 “Food and gastronomy are my way of bringing people together. What pushes me most in my own cooking, is refining traditional dishes, trying to add my own special touch to them,” affirms Espen.

His culinary journey began at the early age of 12, when he took his first steps in a professional kitchen. After entering higher education, at 19 he realised that cooking was what he really wanted to do in his life and decided to carve his own path towards it by enrolling in culinary school.

During his apprenticeship at Britannia Hotel in Trondheim, he had the chance to experience the world of high-end cooking, which he really enjoys. Thanks to his hard work, he was then awarded his current trial apprenticeship at 1-Michelin-starred restaurant Speilsalen.

“My expectations towards the European Young Chef are to evolve at a personal level, as well as connect with the other competitors and cuisines from all over Europe.”

At the EYCA 2021, Espen will prepare an innovative reinterpretation of a traditional Norwegian dish based on a fishball garnished with potato, kohlrabi and bacon.