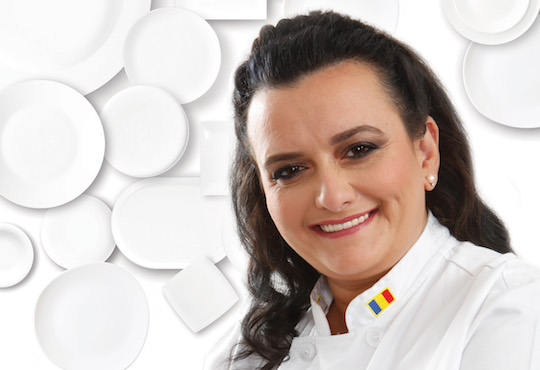 Iulia Dragut to be a jury member of the EYCA 2021

President of the Cultural Association Euro East Alternative (ACEEA), Iulia Dragut, PhD will join the jury of the European Young Chef Award 2021, to be held in Braga (Minho, European Region of Gastronomy awarded 2016) on 23-24 November.

As President of ACEEA, Iulia Dragut has created many food-related concepts and projects, as well as organised multiple events promoting Romanian cuisine both nationally and internationally.

With a doctorate in Philosophy form the Babeş-Bolyai University of Cluj-Napoca, Iulia Dragut advocates for the introduction of gastronomic education as a subject in schools. Her work is also focused on the development of culinary and gastronomic literature at national and international level, as well as the inclusion of Romanian cuisine in the UNESCO cultural heritage and on the international gastronomy map.

Iulia Dragut obtained several trainer and management diplomas within the hospitality industry and is also an international culinary judge. She is the initiator, author and coordinator of the recently launched Handbook of Gastronomic Education.

Her wish to the 2021 finalists is: “the European Young Chef Award is an unmissable opportunity for you to celebrate together your food and cultural diversity as well as your future as creators of beauty, artists and artisans of taste!”