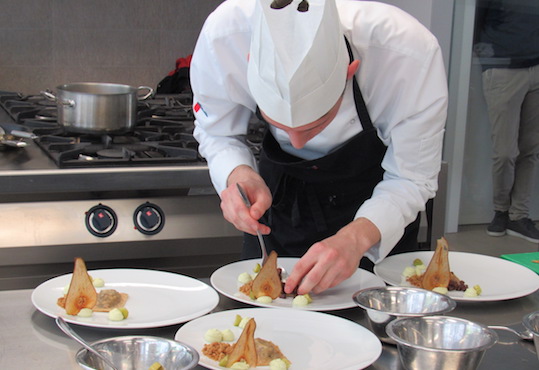 Student at the College of Hospitality and Tourism of Maribor, Jure presented a dish called Lunch of mowers from Koroška region, which favourably impressed the jury of Slovenia’s young chef competition. The dish was inspired by the narration of a Slovenian writer from Koroška, which is also Jure’s native region.

Hosted by the College of Hospitality and Tourism of Maribor, on 25 April 2019, the contest gathered seven students from three different schools in Slovenia.