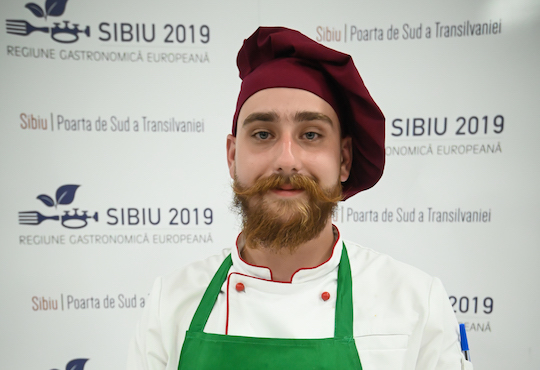 As a child, Paul loved watching his grandmother cooking in his natal village, and ever since he knew he wanted to become a cook. After studying at the textile high school in Sibiu, he decided to nourish his passion and 5 years ago he completed a 2 months cooking course in a training centre in Sibiu. Soon after he started working as a beginner cook.

Paul’s dream is to complete his studies with a college degree in gastronomy and to start working for a Michelin star restaurant in Romania, whenever there will be one.