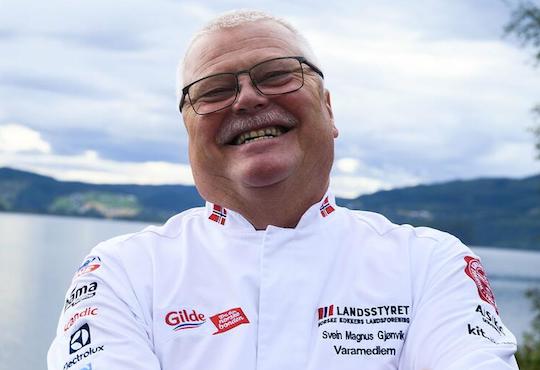 Svein Magnus Gjønvik will join the jury of the EYCA 2021

Vice-President of the Norwegian Chefs Association, Svein Magnus Gjønvik will be a member of the jury of the European Young Chef Award 2021, to be held in Braga (Minho, European Region of Gastronomy awarded 2016) on 23-24 November.

Svein is owner and general manager of SMG Rådgivning Consulting and Culinary Academy in Selbunstrand (Trondheim-Trøndelag, European Region of Gastronomy awarded 2022). He has an extensive career as head chef, restaurant owner, as well as teacher, trainer and judge in both national and international cooking competitions.

His message to the finalists of the European Young Chef Award 2021 is: “I wish you all good luck with this great gastronomic event that will highlight your cooking skills, as well as local foods from your regions. I am proud to be part of this great initiative.”