HomeYoung Chef AwardChef Gaetano Verde from Sicily in the jury of... 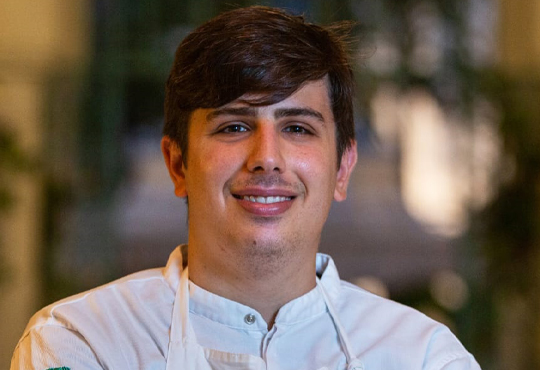 Nominated in the top 10 of the 2022 TheFork Awards (Italy), chef Gaetano Verde will form part of the jury for the 6th European Young Chef Award, to be held in Trondheim (Norway) on 10-13 November 2022.

Gaetano has recently become Executive Chef of Charleston in Palermo, a nationally and internationally renowned restaurant that has been an iconic reference for Sicilian and Italian cuisine for over 50 years now.

A self-taught chef, Gaetano started his cooking journey among the traditional markets of his hometown Palermo, strongly influenced by the smells, flavours and sounds of Sicilian gastronomy.

With the aim to increase his professional skills, he started travelling at a very young age to explore different realities and acquire new knowledge. After a first stop at 2-Michelin-starred Taverna Estia in Naples, he moved first to London to work at Ledbury restaurant, and then to Paris, where he had the opportunity to learn from masters of French cuisine such as Robuchon and Pacaud.

It is in the international environment of Paris and thanks to his working experience at the Ritz, that he developed the constant search for technical perfection and attention for the quality of raw materials that characterise his cuisine.

In 2022, after attending a master programme in Leadership and Business in Hospitality 2.0 at Mad Academy (Copenhagen), Gaetano decided to move back to Palermo and take on the ambitious task of projecting Charleston restaurant into the future.

As a recommendation to the finalists of the European Young Chef Award 2022, he highlighted: “As chefs, it is crucial that you give a lot of attention to the raw ingredients by searching for breeders, fishermen, farmers, cheesemakers who have made quality their top priority.”

Something that he applies daily in his work, striving to create “a path in between technique and knowledge, aiming to offer a taste of a true Sicilian experience, resulting from the symbiosis between art and craftsmanship. An instinctual cuisine where rigour and technique are the essential bases to have fun and leave room for improvisation in the kitchen” concludes Gaetano.